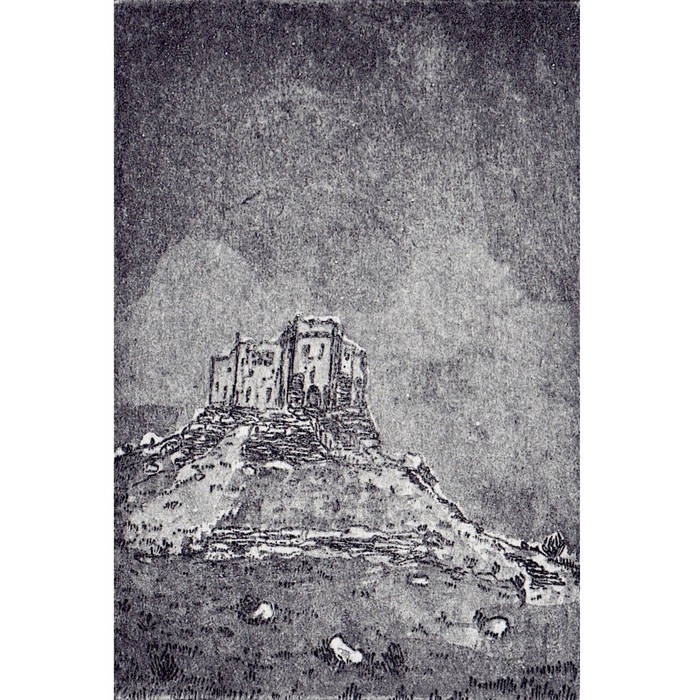 Music made in Stockholm during spring 2015 for justly tuned guitars and generative organ.

Music by Kali Malone
Original copper intaglio by R Baldwin
Released by XKatedral & Bleak Environment in an edition of 100 tapes. Sold Out.