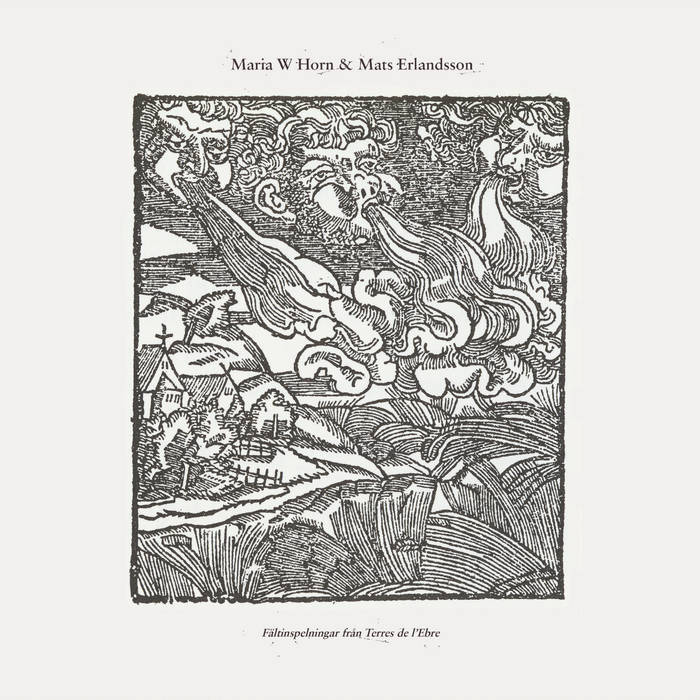 This is a Vinyl reissue that was originally released by XKatedral on cassette tape in 2017.

In August of 2016 Maria W Horn and Mats Erlandsson traveled to Balada in the Terres de I’Ebre region of Catalonia, Spain, for a two-week residency courtesy of the Eufonics festival in collaboration with EMS.
The geographical characteristics a visitor first encounters in the Terres de I’Ebre delta are defined by the development of industrial agriculture. Endless rice fields stretch through the flat landscape, framed by canals of water to sustain growth. Even the air is saturated with a vague scent of rice. This transmutation of the soil impacts the sonic environment, the buzzing of the irrigation system, the hypnotic constant chirping of crickets, the loud bang from the water pump that echoes through the delta at regular intervals.
Taking the opportunity to collaborate on a project specifically made within the context of the aural environment they found themselves in, and using the resources available to them, the pair decided to make a musical work based entirely on field recorded material transformed through extensive digital editing and processing. Working quickly in the isolation offered by the residency they recorded found material at night and spent the days shaping these recordings into four compositions that move on a dense continuum between drone, noise and generative music all imprinted with the textural characteristics of the immediate surroundings of that time and place.
Through the four compositions the work shows a sonic imprint of an environment shaped by human hands over an almost endless period of time, as heard through the ears of two transient visitors processing their sliver of time in the area as it was unfolding to them.
The resulting music was performed in concert during the Eufonics festival of 2016 and was originally released on cassette tape by XKatedral in 2017 under the moniker Dufwa.